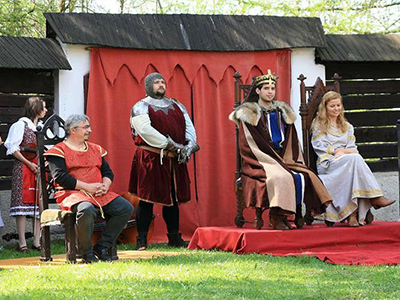 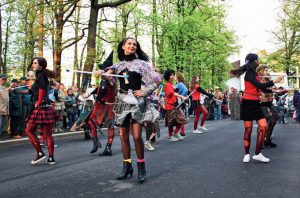 WITCH BURNING (30th April)
This popular event for children and adults alike is staged in Franzensbad at the end of April every year. A parade of children, adults, dogs, masks, brass band music, majorettes and a Marzanna effigy bearer at the front begins at 7 p.m., setting off from Božena Němcová Theatre towards the fountain. It continues on down Národní třída Street, between the Casino and Hotel Tři lilie and over the road to the open-air theatre. Here there are competitions to find the best witch’s mask and the prettiest Chinese lanterns, prize competitions for children, two bands, stalls selling various items, fireworks after dark and recorded music. 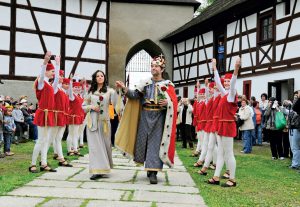 SEEBERG GAMES – THE CEREMONIAL OPENING OF THE CASTLE BY BOHEMIAN KING CHARLES IV. (end of April, beginning of May)
This regular event offers epic viewing of the arrival of the Roman Emperor and King of Bohemia Charles IV and his sizeable entourage to the castle. A fine programme of cultural events is prepared in honour of the king. 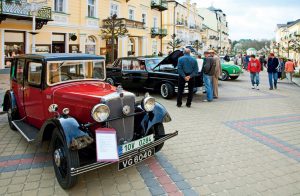 INTERNATIONAL VETERAN CAR SHOW AND COMPETITION (1st May)
An international show and competition centring on the elegance of veteran cars and featuring a graceful drive through the town has become something of a traditional event. The event gets underway at 10 a.m. in the pedestrian precinct on Národní třída Street and the circuit of the town starts at around 1:30 p.m., allowing spectators to admire the veteran cars in action.

RAG DAY (beginning of May)
A traditional show of music and poetry begins at 10 a.m. in the music pavilion beneath the Casino. Viewers can enjoy performances by members of the Franzensbad Municipal Culture Centre theatre group and music performances. 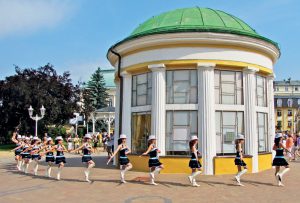 THE CEREMONIAL OPENING OF THE SPA SEASON AND THE BLESSING OF SPRINGS
(Saturday in the middle of May)
The day-long event begins at 7 in the morning with a parade of majorettes and a brass band through the town, with the morning programme continuing with a Ceremonial Holy Mass at the Church of the Exaltation of the Holy Cross, after which there is a procession along Národní třída Street and the Ceremonial Opening of the Spa Season. One integral part of opening the season is the blessing of springs, namely Franz’s Spring and the Glauber Spring, which takes place immediately after the ceremonial opening. There is a fine programme of cultural events all day. 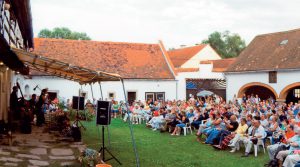 “HRNČÍŘSKÝ SWING” JAZZ FESTIVAL (the final Friday in July and the next two Fridays in August)
This festival has a tradition of many years and takes place annually in Nový Drahov by Cheb. It is organised by artistic ceramicmaker Ivan Egon Werner at his grange in memory of his brother, a jazz musician. The concerts at the pottery grange have a great atmosphere and are regularly attended by the very best of Czech jazz, for example Revival Swing Band, Memory Jazz Band, Láďa Kerndl or Ladislav Gerendáš.

SEEBERG GAMES – A CELEBRATION OF RIFLEMEN (second week in September)
A celebration of the Franzensbad rif lemen, with an inspection by Emperor Franz Josef I and Archduke Karl, the future emperor. A reminder of the circumstances and actual meeting place of Archduke Karl and his future empress Zita Bourbon in Franzensbad. 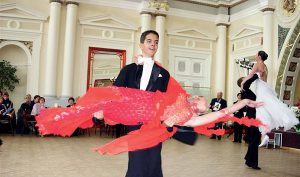 THE STRAUSS FESTIVAL (third week in September)
The main part of this festival involves Strauss-related concerts that are held at the Božena Němcová Theatre. The festival comes to a close on the Saturday with the Franzensbad Cup dance contest, where contestants pit their wits against each other in the magnificent surroundings of the Social House ballroom to the sounds of Strauss melodies in the categories of standard, Latina and figural waltz.
ST. NICHOLAS DAY GIFTGIVING AND LIGHTING OF THE CHRISTMAS TREE (beginning of December)
The annual St. Nicholas Day giving of gifts is held at the Božena Němcová Theatre together with a fairytale for children. The pedestrian precinct then bears witness to the ceremonial lighting of the Christmas tree. 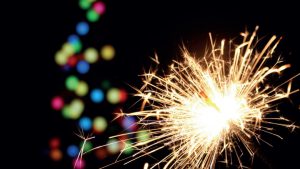 NEW YEAR’S EVE STREET PARTY (31st December from 9:30 p.m.)
A celebration to mark the end of the old year and bring in the new that is held in the pedestrian precinct beneath the fountain. There are live bands to see and plenty other entertainment to enjoy. Then at midnight everyone can enjoy a ceremonial toast with the leaders of the town. After that the entertainment continues on to the end of the programme at around 1:30 a.m.

Published by © The Town of Franzensbad, 2011

Event calendar you can find on the official website of Františkovy Lázně here.